Last weekend I travelled to Crewe Hall for the Guild of Photographers annual awards ceremony. It had been hot topic on the Guilds forum for weeks – what would we wear, where were we staying and would we be lucky enough to come away with an award?

I travelled up with my good friends Andrea, Stephanie and Claire and we arrived mid afternoon to start getting ready (it takes us some time you see:-).  This is us waiting for the taxi to take us to Crewe Hall (we love a selfie!)

The first Award I was in the running for was UK Top 10 Photographer of the year. Its the hardest fought category and there are some incredible photographers in the running.  The top 10 is based upon the scoring for the entire year of  competition, and I had received 1 Gold and 10 Silver awards from January – December from a total of 10,000 images entered.  I was incredibly proud to be given a place in the Top 10 and later found out I came 6th!! I was so surprised this is officially one of the worst faces I have ever pulled in a photo 🙂 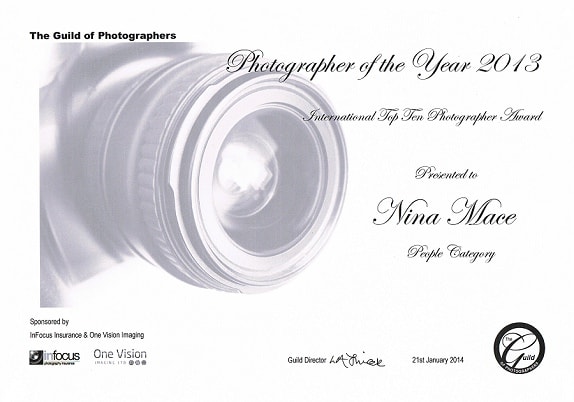 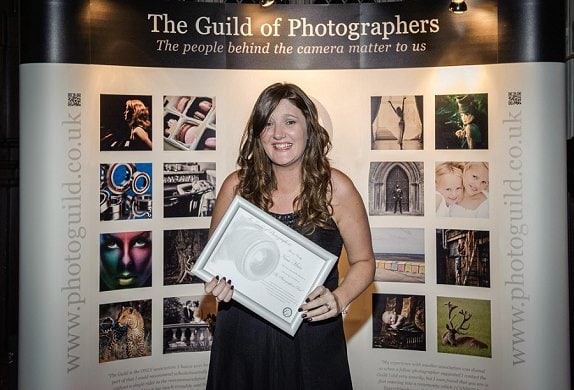 This year the Guild of Photographers also launched a new Award for exceptional professional standards called the ‘Photographers Bar’. This is made up of photographers who score 27 points throughout the year which means on average every image you enter to competition is award winning standard. Only 26 people, in the UK and Internationally, won a place in the Bar and I was again very proud to discover that I was one of them.

Part of why I love being a member of Guild so much, is the people. The Directors, mentors and the other members are a fantastic group of people and I was sat for the evening with my ‘buddy group’. Along with my own awards, my friends also placed in the Top 10 in Weddings and People and came runners up in the Overall image of the year. One even won the Top Title in the Open category for his stunning wildlife photography. 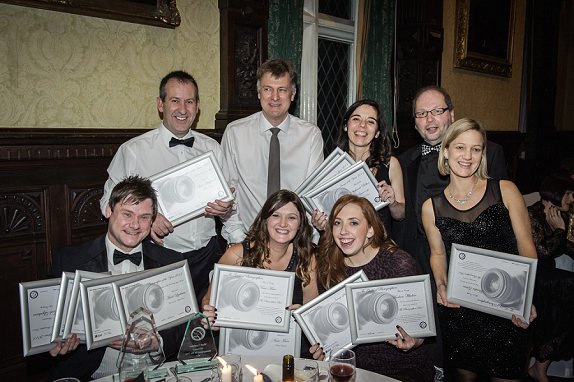 Steve Thirsk, the Director of the Guild of Photographers kindly said “It is a testament to Nina that she has received a coveted position in the Top 10 in her first year of competition.  To recognise her exceptional level of professional skill she has also been awarded a place in our ‘Photographers Bar’ a unique distinction that very few photographers have received, let alone in their first year of competition. The category in which she competed was particularly challenging and she now successfully stands alongside photographers who have been in the business for 15 years. We look forward to seeing her images in 2014”.

Nina Mace is a UK Top 10 Photographer Hertfordshire based photographer specialising in bumps, babies, children & families. If you would like to book a session please email [email protected]